Shopping Cart
Your Cart is Empty
Quantity:
Subtotal
Taxes
Shipping
Total
There was an error with PayPalClick here to try again

Thank you for your business!You should be receiving an order confirmation from Paypal shortly.Exit Shopping Cart

All Applications MUST be turned in by May 14th if interested in attending.

The City of Horse Cave will be receiving funding from the Land & Water Conservation Fund for a NEW CITY PARK over SUNSET DOME. We are excited and looking forward to getting this project underway.

Without a doubt, this will be a year to remember. The whirlwind started in March, with everything we had been used to doing, completely changed. Some events had to be delayed and some cancelled as the pandemic continued to change and alter our everyday lives. As the year fast forward and comes to an end, things still are not back to what we call normal. With the cooperation of all the employees, managing through this pandemic has been a challenge, as we find ourselves doing the same or more with less, schedules and projects having to be extended out to be able to accomplish the needs and goals of the city. City workers from all departments were still able to maintain required tasks to preform necessary needs of the citizens of Horse Cave. On the downside of this year, we are sad to say that we lost two individuals that contributed their time, talents and services to the city. Former Councilman, Jackie Buckingham was a highly active and knowledgeable about many things and for his contributions I will be forever grateful. David Lindsey served the city in many capacities for more than three decades, as City Judge and Councilman. I am proud I to commission David as a "Kentucky Colonel" for his service to the city and community. I am also proud the city council chose to name a street in the new development "Judge Lindsey Street" in his honor. David genuinely loved the city and always was on top of whatever was going on in the community. Even as his health began to fail, David would call me and ask me to update him about the city. Honored to be able to call both my friends.

Operations has been consistent throughout this year. We have complied with the regulations handed down by the Governor office, recommendations from Barren River Health Department and from the CDC as well. One employee accepted a job in another state in September and we have been operating with two employees and maintaining total operations of the office. We currently have a "window service" to collect taxes and accept documents and other needs of the office. Some overviews for this year:

With the inmate program being suspended in March because of the virus restrictions, public works department has been challenged to be able to get required projects completed. Mowing season has been a task this year with all the rainfall, with the cemeteries and right of ways being the priority. This department has continued to work on additional projects that have come up during the year to completion. Mowing, maintaining all city equipment, leaf pickup, downtown maintenance, routine projects and unexpected breakdown of equipment that spring up has been a task and the department has found a way to get it done.

Chief Heather Childress has worked extremely hard to restructure and reorganize this department. Current staff of five certified officers and one part time officer with several years of experience has help to bring the department back to where it needs to be. Currently the department is working on building community relationship and working with other law enforcement groups to better serve the citizens of Horse Cave. Some positive outcomes for this year:

This department continues to work hard to serve the residents of our fire district. The pandemic has caused some deviations on the way services have been rendered through this year. Not only for the safety of residents, but for the importance of our volunteer firefighters as well. Total runs for the year, mostly medical and fire related runs stands at 393 runs

As we begin to come to the end of the year, I do want to thank the City Council, all city employees, departments and the citizens for another successful year. Thankful for several new homes being built or under construction and hopefully more to come. Thankful for the retail shops that continue to call Horse Cave their home. Without everyone's efforts and willingness to make this community better, this would not have been possible. The job market continues to be strong and jobs have been consistence throughout the year. There will be a major announcement in January that will greatly impact the job market in Horse Cave. Our job and goals are to improve and be the best service providers we can to the citizens, industries, businesses, both small and large and everyone in the community. Working together, we can make it happen. Wishing everyone a very Merry Christmas and a Happy New Year and 2021 to be bigger and better than ever!

Individuals who have received suspicious packages with seeds or bracelets should put them in an airtight bag and ship them to the United States Department of Agriculture's Animal and Plant Health Inspection Service's Division of Plant Protection Quarantine at USDA-APHIS PPQ, P.O. Box 475, Hebron, Kentucky 41048.

ALL CITY RESIDENTS AND BUSINESSES

from residents and businesses located within the city limits of Horse Cave,

for pick-up of brush, limbs, and bags of grass clippings and/or leaves. This is

piles to the closest curb. Limbs can be no larger than four (4) inches in

diameter with the large cut ends toward the curb. No roots or dirt are

The Horse Cave Public Works Department will again assist residents to dispose of leaves. Residents of Horse Cave may rake leaves to the edge of their yard, close to the street to be vacuumed. Call City Hall at 270-786-2680 for pickup.

Please do not rake leaves or throw grass into the streets or onto sidewalks which causes a slip hazard for pedestrians and vehicles as well as clogs storm drains.

You are reminded that burning leaves or other items is forbidden in the City and subject to a fine.

Thank you for the privilege of working with the Hart County Planning Commission to update the Comprehensive Plan. We appreciate everything that you and others in the community did to help us complete this complex document. The plan can be found by clicking on the above link. There it will take you to KLC’s website. Once again, Thank you.

Congratulations to Mayor Curry for

The William H. Natcher Award is to recognize and honor distinguished service in government and the veteran United States Congressman who said, "Let's do it the right way".

1st Saturday of each month from

Hometown Dollars can be used just like cash at any participating business. From restaurants to entertainment; from farm produce to automotive repair and supplies, retail stores and specialty shops....Hometown Dollars are truly a unique gift. These gift certificates would be great for company parties, employee incentives, holidays, birthdays, anniversaries or just because...the possibilities are endless.

Hometown Dollars Gift Certificates can be purchased at the following locations:

Each certificate may be redeemed for merchandise or services at full face value at any of the 40+ local participating businesses. This program is sponsored by the Hart County Chamber of Commerce. If you have any questions about this program or experience any problems in using the gift certificates, call : (270) 524-2892

A Walk Through Time Antiques T-shirts for sale

You can purchase these t-shirts at the Antique store in Horse Cave.

A Leaf In Time

These wonderful books hold so much knowledge and history of Horse Cave. Our ancestors worked hard making a living and building a future for the generations to come and to honor them, this pictorial history was compiled and published by the Horse Cave Heritage Festival Book Committee and can be found and purchased at the Horse Cave City Hall. Please call 270-786-2680 with any questions you may have.

On March 5, 2016 Mayor Randall Curry attended the WKU 1971 Final-Four Team Reunion Luncheon. He presented a proclamation from the city of Horse Cave, Kentucky declaring March 5, 2016 as “Clarence Glover Day”. Mr. Glover is a graduate of Caverna High School and was a starting-forward on that historic Western Kentucky University team.

In 1971 Houston hosted the NCAA Final-Four for their first time ever in the Astrodome. The teams were WKU, Villanova, Kansas, and UCLA. Attendance was over 35,000 people. On April 2, 2016 Houston will host the NCAA Final-Four again…this time in the NRG Stadium.

While watching the games being played in Houston on April 2, 2016 we can keep one thing in mind. The proclamation to Clarence Glover illustrates our city’s connection to the NCAA Final-Four in 1971 and 45 years later in 2016. 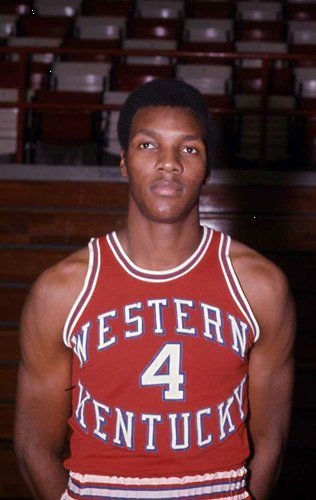 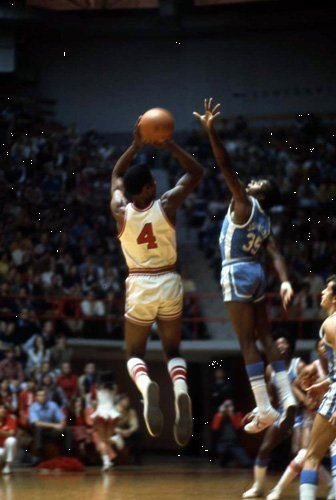 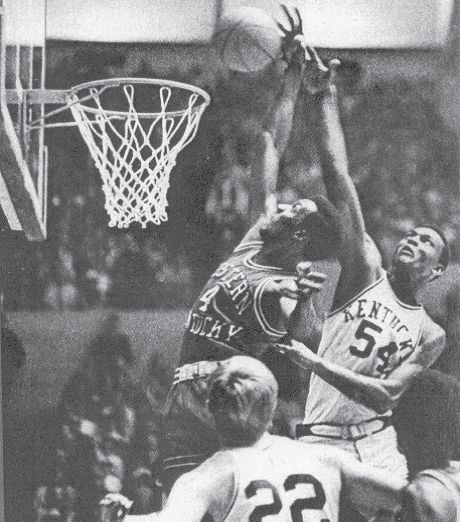 Click HERE to read the Master Plan created from a Flex-E Grant from the Appalachian Regional Commission which also funding the first mural project.

Maple Avenue Park Project to be completed after 10 years from beginning in 2004.